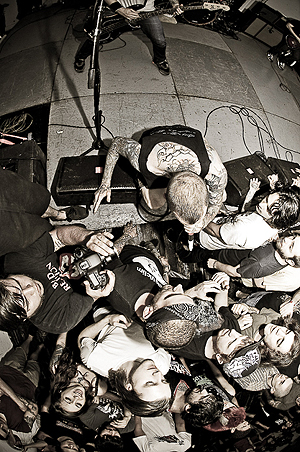 Noisey.com has premiered the 12 minute short film “Rungs In A Ladder”, a mini-documentary about visual artist and Converge frontman Jacob Bannon.

Directed by Ian McFarland (ex-Blood For Blood bassist come film maker), “Rungs in the Ladder” is the latest in an ongoing series of documentaries by McFarland and Pecci profiling people carving a meaningful existence for themselves on the fringes of society. Celebrated filmmakers, the McFarland and Pecci team has been making incisive, thought provoking content for years. “Rungs in the Ladder” continues their own steadfast commitment to the will fill act of creation.

Watch the full film below.