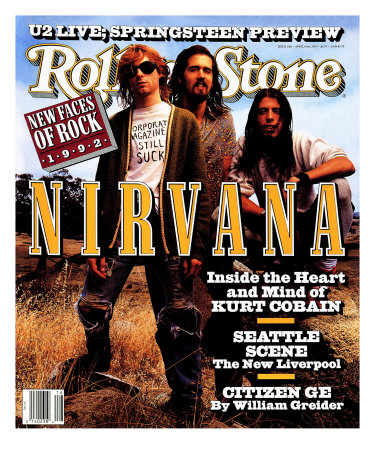 Butch Vig (known from his work on Nevermind with Nirvana, Garbage and much more) tweeted the following yesterday:

The last 24 hours have been surreal! Had a great gig at the El Rey last night, and spent today recording with Dave, Krist and special guest!

Since there’s a Sound City documentary in the making (Dave Grohl’s project) it’s probably related to that. Who the special guest is still unknown. But Tim has posted the following on the Foo Fighters forums about it:

Think BIG. Very very big. Easily the biggest name bandied about in these sessions by a very large margin.

It’s not the first time Dave, Krist & Butch are recording together again. For the latest Foo Fighters album the same thing happened. Who do you think the special guest is going to be?

Check out the trailer for the documentary below:

In other Nirvana news:

Kurt Cobain was apparently writing a solo album at the time of his death according to Hole guitarist Eric Erlandson.

Kurt was headed in a direction that was really cool. It would have been his White Album… That’s really what he was going towards, a solo album but working with different people.

According to Erlandson the unreleased material was in the vein of Do Re Mi, the acoustic demo that was released on With The Lights Out:

Among the unreleased demos should be a cover. While Erlandson doesn’t want to say which cover rumours amongst fans say it could be “Should I Stay, Or Should I Go” by The Clash.