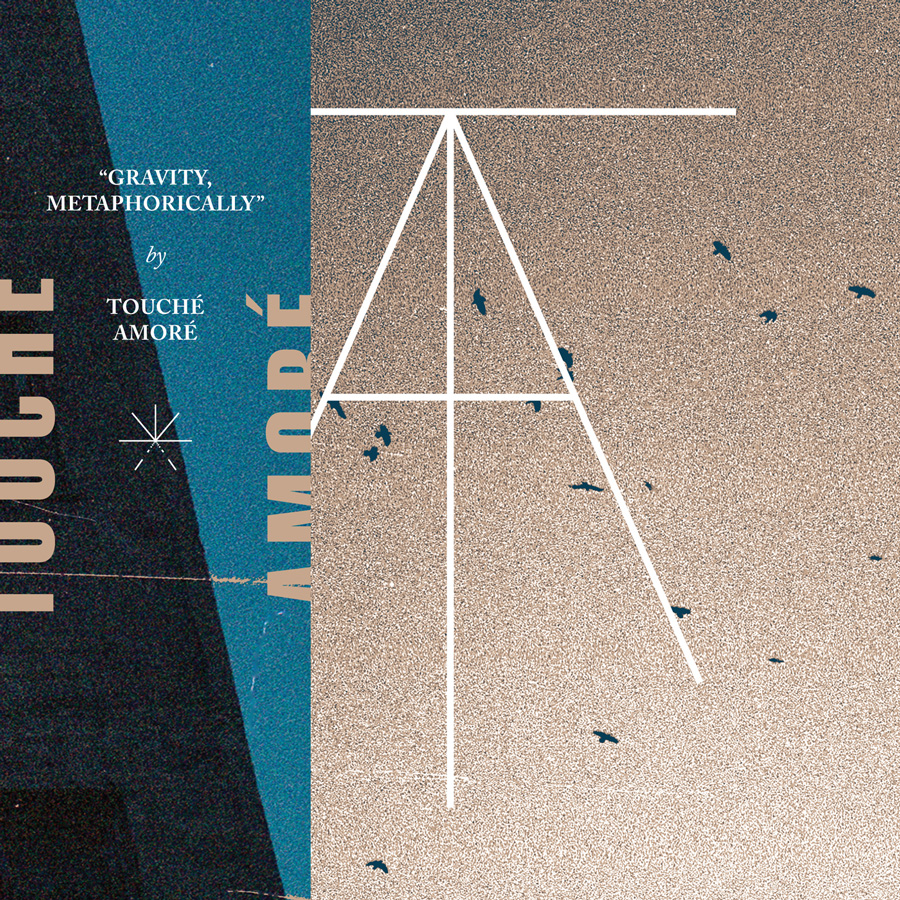 Touche Amore and Pianos Become The Teeth will join forces on an upcoming 7” split, to be co-released by Deathwish Inc. and Topshelf Records, out digitally on January 8th and physically on January 22th.

Touche Amore offer up “Gravity, Metaphorically”, a stripped down and discordant emotional roller coaster of a song. For over four minutes, Touche Amore rattle and buzz through tempo changes and jangly riffs, as vocalist/lyricist Jeremy Bolm pours out his heart and soul in his trademark way. A poignant step forward for a band that continues to impress with every effort.

Pianos Become The Teeth offer up “Hiding”. Meandering melodic guitar work weaves in and out before Durfey expels “There’s no good in your eyes anymore…” telling a weighty and complex tale of the subtle nuances of love and conflict. The song continues to push and pull as emotions do throughout it’s five minute run. Slowly building only to beautifully crash in a way that only Pianos Become The Teeth can.