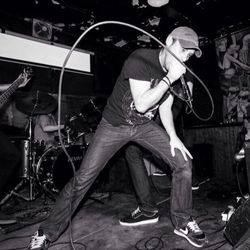 We don’t know what the weather is like in your neck of the woods, but here in The Netherlands, we’ve been witnessing some kind of six month fall, mixed up with hints of spring. Therefore, timing is perfect for Dutch early 90’s metalcore enthousiasts Witness The Fall to release a video for their new song De Herfst (which is The Fall, but in Dutch. Are you still with me on this?).

De Herfst is taken off the band’s upcoming vinyl release Reflections, which fans of 90’s goodness like Skycamefalling, Morning Again, Dead Blue Sky, Facedown (the Belgian one) and early Poison The Well can drop their needles on come Easter, on April 20th. Witness The Fall’s new record will be released that day during the POBParade ThaHardWay festival at Mezz, Breda.