Cavorts – Got your brass 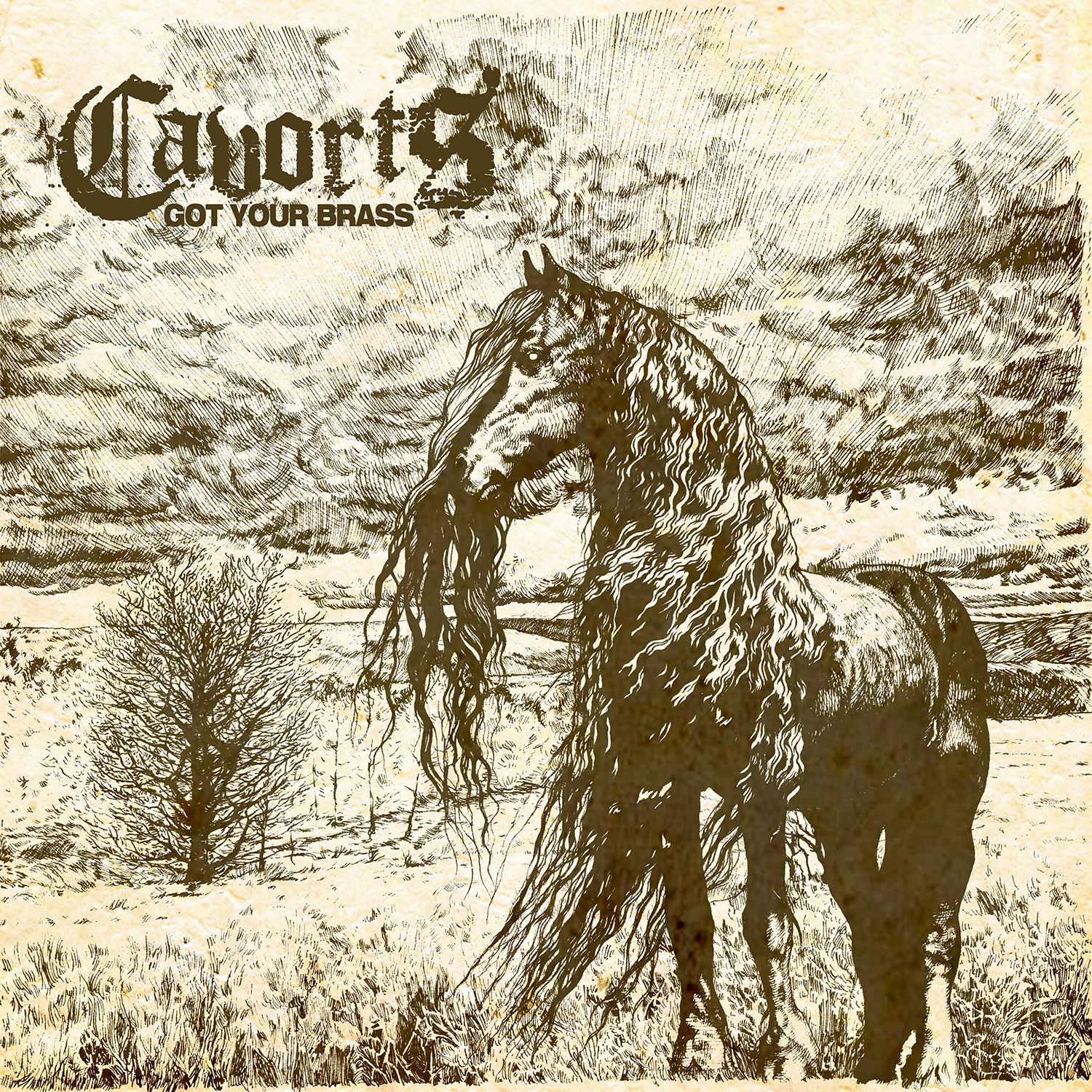 Cavorts is a band that is difficult to pinpoint. When I listen to a band for review purposes I try to come up with bandnames or genre descriptions straight away. I know it’s a bit unfair to compare bands with other bands, but with some namedropping in a review you’ll have a picture of that bands sound. After listening to Got your brass a couple of times I am still wondering how to describe their sound.

I’ll start easy: Cavorts takes a wall of sound to a whole new level. Their sound is big! From the first seconds of got your brass to the last seconds of By the tide these English lads are blowing you away with a massive sound. But then it becomes a bit more difficult. Are they competing with Herder? Well, some songs are heading that same direction. On other songs Doomriders come to mind (Pick up the hammer being an example), but at times I’m also reminded of Coliseums album No salvation. There’s also some parts where the band lays down some thick southern grooves rivaling with Red Fang.

The great thing about Got your brass is the diversity in the songwriting. The band doesn’t bore you for one second. The diversity is included in their sound rather subtle, providing the band with a sound of their own. There’s one thing though: the album should come with a disclaimer warning you for the risk of ruining your living room while listening to the album. Save some things is a prime example; the energy just comes oozing out of your speakers during this track.

Label: In at the deep end records