Ends Meet – Nothing to show 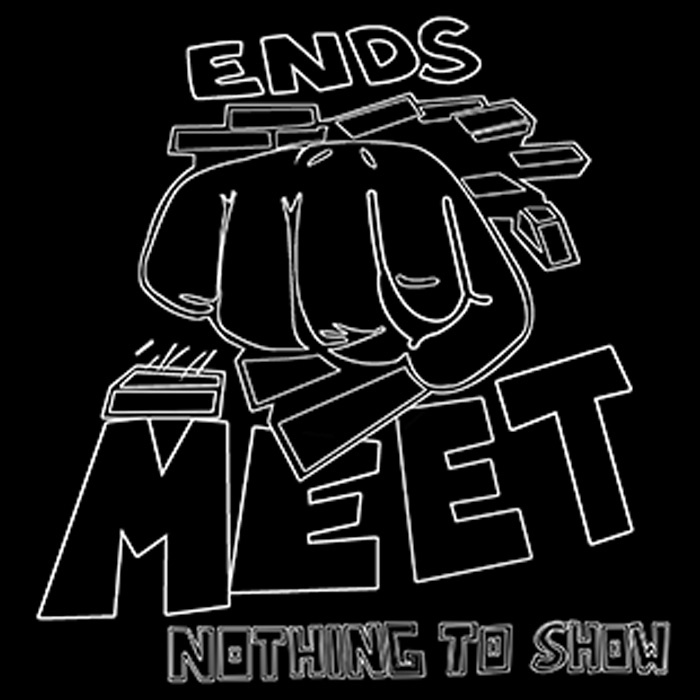 Ends Meet is comprised of folks that all play or have played in numerous other bands. None of them rang a bell here, but that can easily be blamed on my ignorance. Nothing to show is a rereleased demo. In 2014 it was released on tape by Rattrax. Coin Toss Records is doing us the favor of pressing it on vinyl.

The band offers us ten short tracks, from 47 seconds to a shocking 100 seconds. They can be described as Floorpunch sounding a little bit tougher. That doesn’t sound to original and neither does Nothing to show. That’s not a problem as far as I’m concerned though. These ten songs are pretty awesome. Ends Meet delivered; naming this EP Nothing to show is doing themselves short.