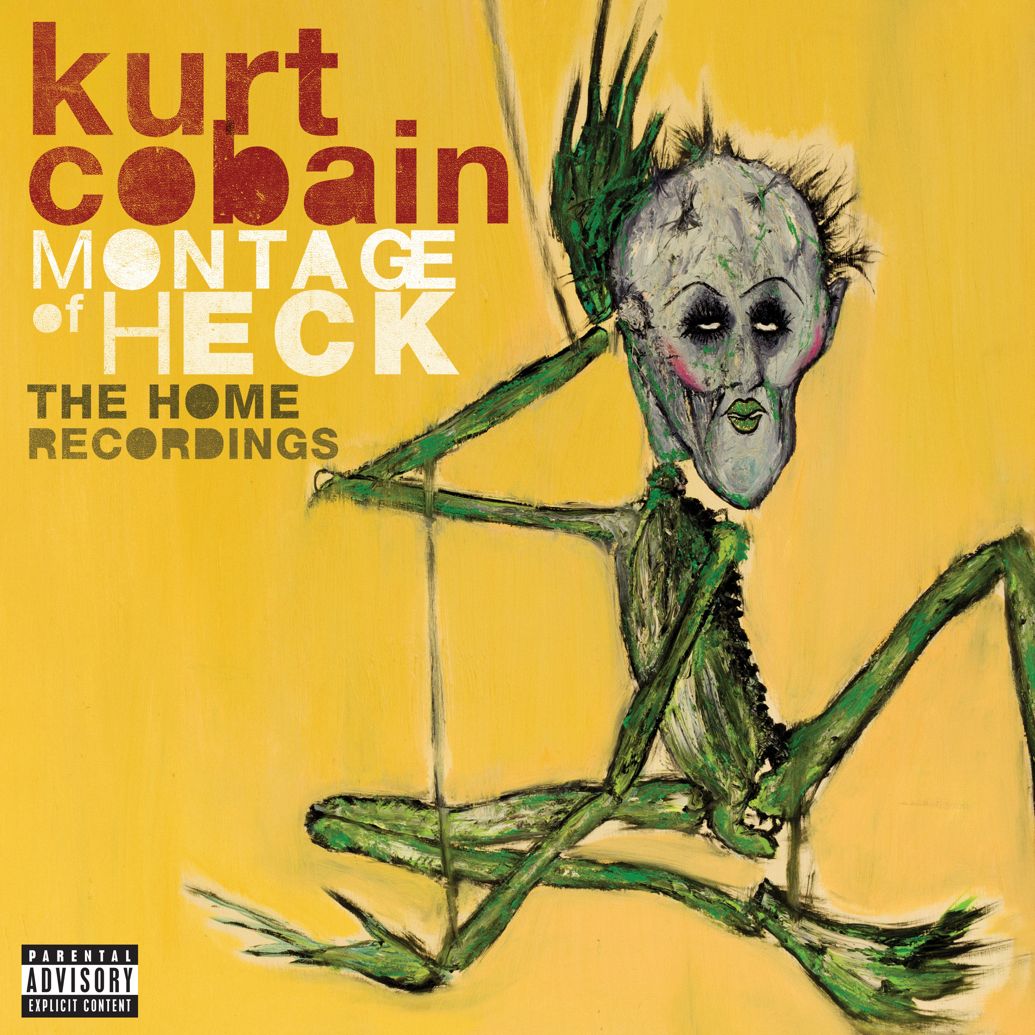 When I heard there was a package from Universal waiting for me at home, it seemed like time slowed down to a crawl. I somehow managed to get the things done that needed to be done but then I quickly rushed home. There’s no denying it, I was pretty excited about this release since the day it was announced.

My first listening session was quite the roller coaster though, something I hadn’t expected. From laughing about the silliness, surprise about the rawness of some of the demo’s to amazement about the level of intimacy in a way. “Interesting” is probably the best way to describe this record.

It’s not a record you put on to really ‘enjoy’. That sounds harsher than it is. It’s not something you put on in the background. It’s an experience. Sure, some of the ideas on here are great, but all in all it’s pretty raw. And just to be sure there’s no misconception about this: This is NOT a Nirvana album and it’s also NOT a Kurt Cobain solo record. It’s not even a compilation of the best Kurt Cobain solo tracks or something. It’s a companion to the film. Totally in that spirit. A compilation of mostly unheard fragments. And I think this is pretty much the only way these could ever get a release commercially.

So what are we getting? I’m not going into detail about each track, but I’ll highlight some.

Note: For the best listening experience I suggest you skip reading all of this, until after hearing the record yourself.

The Yodel Song
The record starts with some ambient sounds, a commercial played in the background and then Kurt goes “This is like fucking rad you know? Cool” extending that last word and turning it into a yodel eventually. This jam sets the tone for the entire record perfectly. You pretty much know what to expect now. There’s also a short riff Old Age riff in there near the end.

What More Can I Say
This song wasn’t in the first cut of the film, but was added to the credits later. It features Kurt singing in falsetto. The song has distorted and acoustic parts and while it’s really embryonic it’s pretty damn catchy.

Burn The Rain
A really short and beautiful almost hypnotic jam. At the end of the track you can hear Kurt answering the phone “No she’s not. She went to work” probably referring to Tracy Marander, his girlfriend at the time. This scene was actually in the movie in its entirety.

Rehash
This is a raw one, not only in quality. With the “Rehash, Rehash” chorus, the seemingly endlessly repeating riff, the “solo, solo, solo, chorus CHORUS!” parts and the “smoke hash” part this seems like Kurt just fucking around a bit instead of an actual beginning of a song. Sorta like a heavy “Beans” in a way…

You can’t Change Me / Burn My Britches / Something In The Way (Early Demo)
The first part “You Can’t Change Me” sounds like it easily could have been on Bleach. There’s a part in “Burn My Britches” that sounds like the “Keep the cigarettes close to his heart” part of “Swap Meet”. There’s a short suitcase drumming part that reminds me of the “Seed” demo. It ends with a heavy, slow version of “Something In The Way” with pretty high vocals.

Desire
This is a song I would have loved to see worked out a bit more, because it shows promise. The chorus is really catchy. This song’s a good example of the double-edged sword this record is, it’s great to hear these ideas, but it’s frustrating that it never got any further than this embryonic idea (as far as we know).

And I Love Her
A truly beautiful cover of the Beatles song. Together with ‘Sappy’ probably the most ‘enjoyable’ track on this record. So it’s no surprise they picked those two for the 7″ single.

She Only Lies
Instead of a guitar Kurt seems to play a bass on this track. “She only lies, just to save my feelings, I only cry, just to make her feel guilty”. It’s a nice, little song.

Poison’s Gone
This might be the highlight of the record for me. It’s far from finished, but I would have loved to hear this worked out a bit more too. Sounds a bit like a cross between “Old Age”, “Something In The Way” and “Verse Chorus Verse” to me. When the telephone rings near the end of recording you almost want to scream “Don’t pick it up, keep playing!”…

Do Re Mi (Medley)
A different recording than the more finalized version that can be found on With The Lights Out. This version is clearly still a work in progress, trying out different things. The recording cuts in too, making you wonder if there’s actually even more than these 10 minutes. Such a shame they never got to record this song properly.

That’s not all, there’s lots more. Short audio collages, skits and instrumentals. And of course another version of “Been A Son” isn’t missing either. There’s also some tracks we already know: “The Happy Guitar” is widely available as “Black & White Blues”. “Beans” isn’t exactly new. The version of “Sappy” on here is well known among traders. All of them are quality upgrades though.

So everything’s awesome? High-fives all around? No, I’ve got some complaints, or questions at least. There always are right? Nothing’s perfect. For instance, where’s the “Opinion” from the film? Why is it missing? It sounded great. Let’s hope we get to hear that in some form somewhere down the road. Another thing I’m missing from the record is more detailed info on the songs and the tapes they’re from. When was something recorded? How did they decide on these names (“The Happy Guitar” or “Letters To Frances” for instance)? I know some of that info simply doesn’t exist, but it would be great to have a little more context.

All in all this is an amazing release that I never expected to happen. It’s a rare insight into the creative process. But I’m glad it did. Like I said, it’s a damn interesting release.

This is a review of the deluxe, 31 track, edition.

Want to win this record? We’re giving away 2 copies!