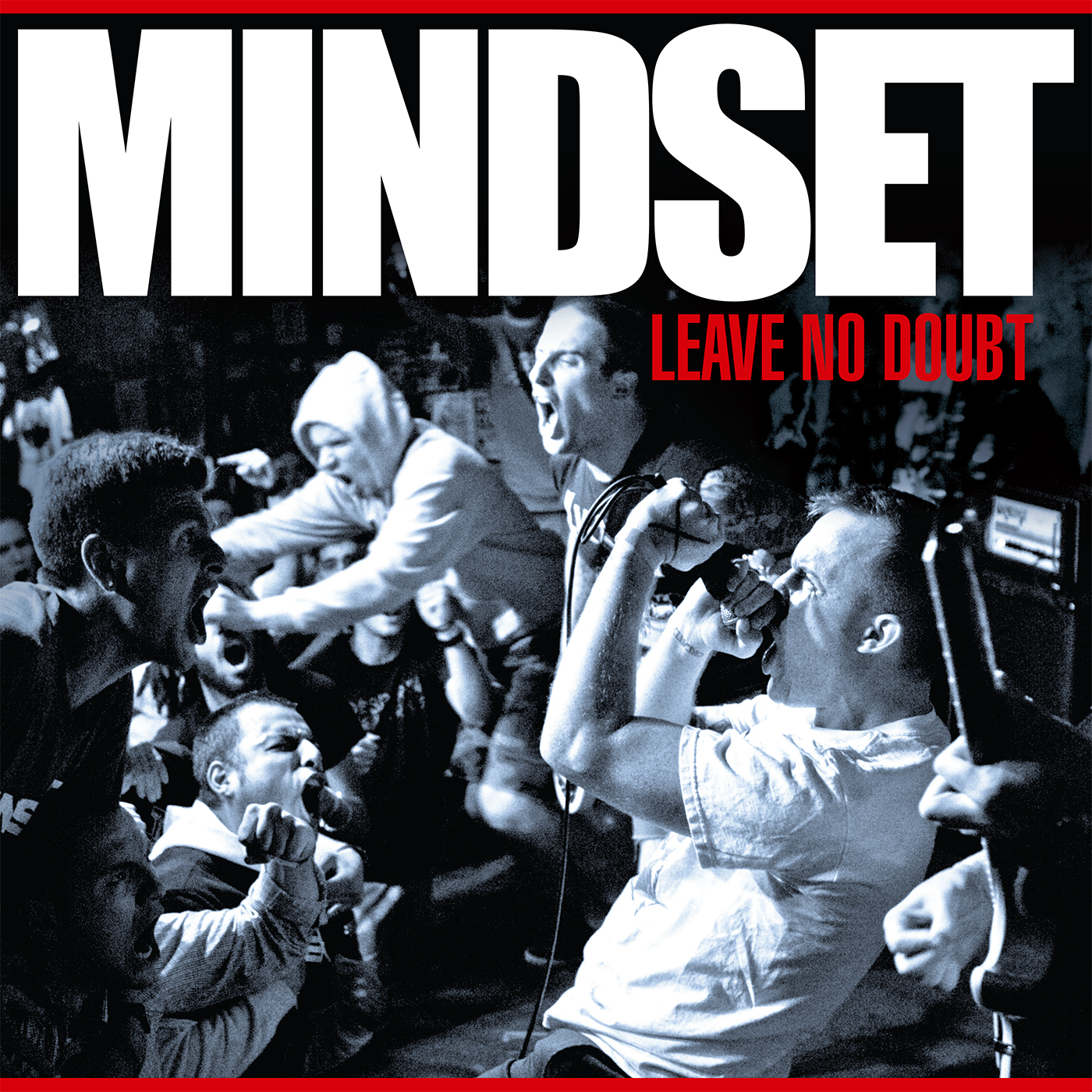 So it’s finally here, the holy grail of youth crew hardcore in 2012. Many people believed in it and Mindset do leave no doubt, they’re the reigning kings of the genre.

Whereas youth crew hardcore quite probably is the best genre for a 7″ it’s almost one of the most tacky genres for full lengths. Many bands have tried and only a few were able to pull it off. If I had to make a top 5 of youth crew full lengths this would probably be it:

Mindset already proved they were fully capable of writing some of the best 7″ in the genre with ‘Time and Pressure’  and ‘Realpower’ but a full length? That’s a whole other league. Yet I and many people were eagerly awaiting the release of ‘Leave No Doubt’ especially after the release of the teaser trailer. And boy do these songs blow my mind. There are just no fillers here. Leave No Doubt is one of those songs that make a true frenzy of any live show whereas War has such a great combination of music and lyrics, it shows the true potential of Mindset being something more than your average youth crew band shouting simple slogans. The retake of Waste feels right at place here and One Step Beyond closes the record with a big bang.

‘Leave No Doubt’ in my opinion is the ‘We’re Not In This Alone’ of 2012. There’s no doubt. Go and listen to these songs, learn the words and get up front to sing a long. Here’s a record that deserves pile ons, finger pointing and manic stage dives.

And as for that top 5… I might start reconsidering that one soon to make room for this Mindset record.