No Turning Back – Rise From The Ashes 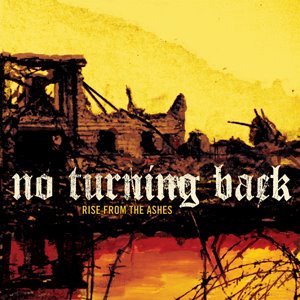 After some heavy lineup changes No Turning Back returns with “Rise From The Ashes”, a co-operation between Reflections Records, Not Just Words Records & Bridge 9. Where some other bands continue as a sad copy of what they used to be after such drastic changes, with this release you’ll get the hardest and most pissed off No Turning Back to date. Not in the beatdown way like on “The Beautiful Lies” & “The Horrible Truth” but in a solid old school style. Martijn’s voice sounds more pissed off than on “Damage Done”. Lyrically this release still has the personal lyrics full of hate, but a song like “Sick World” is about the society we live in. Sadly enough, with the attacks in London now, songs like this couldn’t be more actual. With songs like “Poisoned Tongues” (that ending!) this release will let you smash everything that’s near.

The artwork, a cool painting, is done by Johan. Suzanne did the layout. They also did this with the split and it looks really good once again. Talking about that split: The MCD on Reflections Records & Bridge 9 has the 3 songs of the split with The Deal as an added bonus. For this release Alan Douches mastered all tracks, including remastering those tracks. The Not Just Words vinyl doesn’t have those tracks, but the real beauty is in the new tracks anyway.

It’s like it’s all coming together on this release. Great songs, good production and good looking artwork. Best No Turning Back release to date. Pick this up. For real.