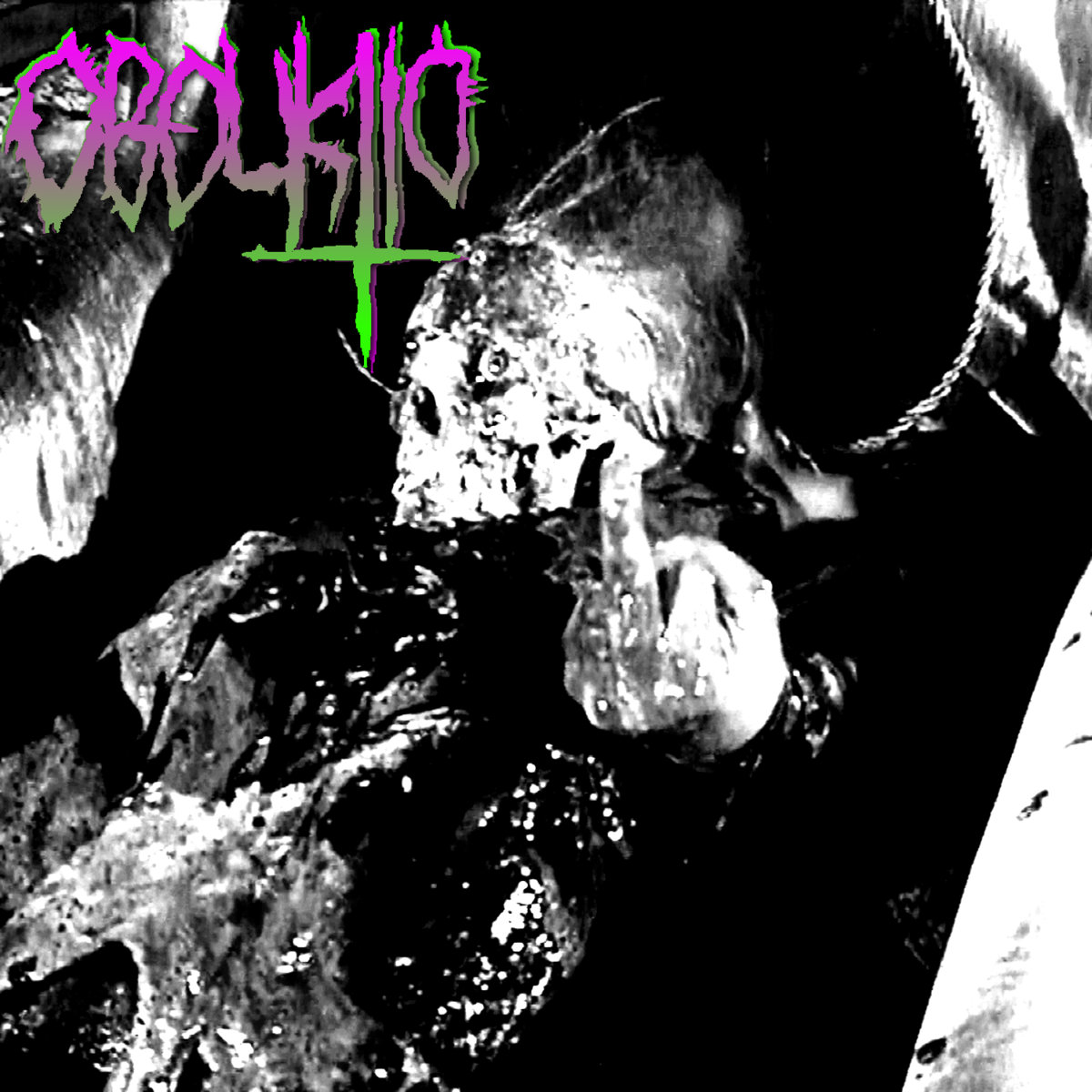 When I first started listening to music I was listening to the big names of heavy metal. Iron Maiden, Motorhead, Metallica, Megadeth, you name ‘m. I started getting into more underground metalbands after a couple of years. I discovered bands that were playing faster (somewhere along the line I decided that faster is always better…), creating a more destructive mood, making darker music. I got into death metal and not much later grindcore, (early) Carcass being one of my favorite bands. Even though I started listening to punk and hardcore some years later I still dig all those metal tunes. When Caligari Records, a cassette only label, asked us to review a couple of their releases, I couldn’t resist Obduktio. Halfway the first track I was already headbanging like I would’ve 20 years ago.

What to expect? Caligari records focusses on obscure, brutal underground metal. Obduktio fits their bill just right. The promo sheet compares the band to Xysma and Repulsion, two bands, I must admit, I do not know, so I cannot tell you if the promo is correct on this one. What I hear is a band that plays music that’s heavily inspired by early Carcass (check Maffia, for example) and added a touch of d-beat (Driller Killer is the name that popped up in my mind). What is most enjoyable about this mix is the punky attitude with which the songs are delivered. The songs are simple as can be, but very effective. The album stays interesting the whole ride as the band writes diverse tunes. The Finnish vocals add to the charm of the band. It sounds different. This kind of music has been around for a while, Obduktio fails to deliver anything new, but I would be totally flabbergasted if that would be their purpose.

I’m having some difficulty describing the production standards on this album. While the production sounds a bit messy at first, after a while you’ll just have to admit it suits this music perfect. All instruments are clearly audible, which is something I value a lot. I especially like how fucked up the bass sounds and the way the voice is coming through. The effect on the vocals adds to the psychotic sound of the band and at times reminds you of early black metal. So, even though I would not consider this a good production, it is a fitting one. Summing up the production job in just two words I’d say: destroyed & fitting.

The music itself provides me with more or less the same problem. I will not tell you this is the best music nor that’s it’s great or original;,this is an outright fun listening experience.