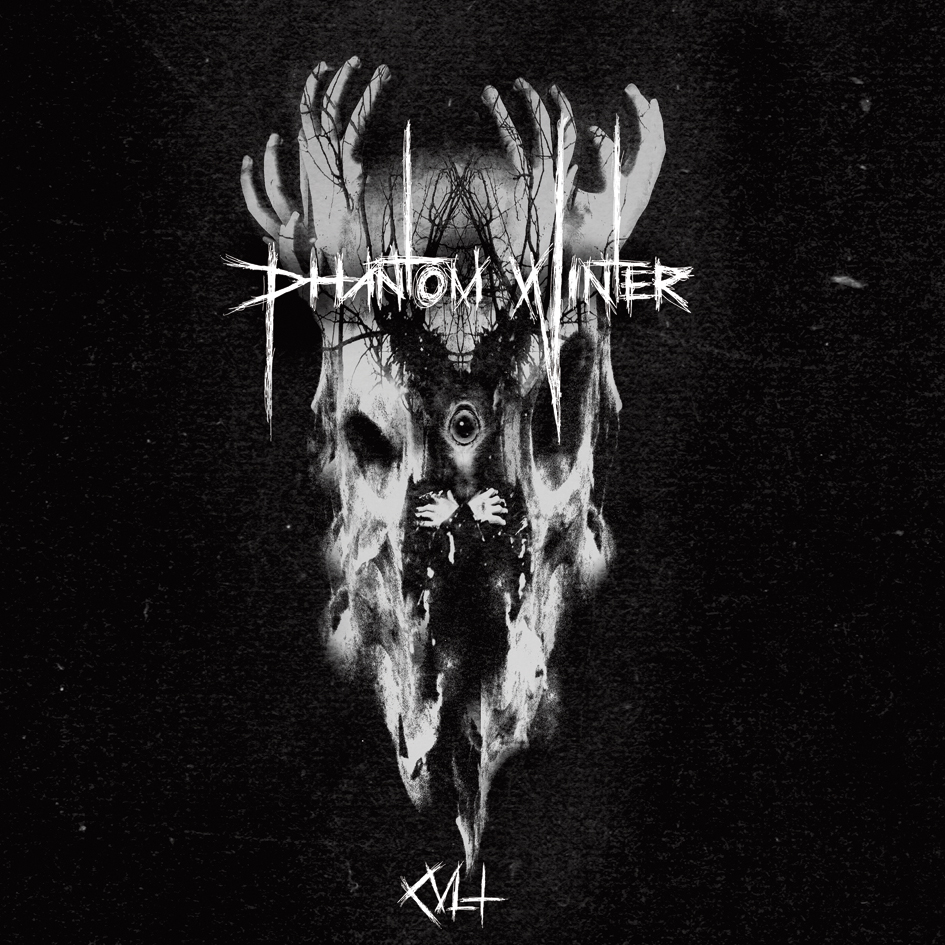 Directly when the guitar sound of Phantom Winter comes up you hear Omega Massif. That’s no coincidence as the guitar player and drummer started this new band after the demise of the old moniker. Added are vocalist Christian Krank (who handles the sick –“krank”- screams), rawness and more speed in the darkness that surrounds these musicians.

Still around are the serene guitar melodies that are repeated until they are stuck in your head. These are combined with a more metallic hardcore based edge where also the screaming vocals of Christian Krank have their place. The journey has five songs in 40 minutes where the most extreme parts are found in ‘Finster Wald’ and ‘Avalanche Cities’. In the last mentioned one this is combined with some fragile Postrock moments. Mostly the ghost of the songs is somewhere around Post Metal, Doom and Blackened Hardcore.

The band has named the style of music “Winterdoom” and I can only agree. The coldness is dripping from the atmosphere Phantom Winter is bringing. In the middle of opening song ‘Corpses Collide’ you find a sinister piano keyboard intermezzo that is later mixed into the heaviness. In the end part of ‘Finster Wald’ the drums accelerate and are pounding if you are running in an icy forest to escape from the claws of a bear.

More and more spins reveal the dynamics of the band in contrast with the Spartan approach of the old band. The mighty riffs have stayed; added is more diversity and extremity. Sometimes Phantom Winter is operating as an extreme version of Russian Circles due to the groovy “chugga chugga” guitar riffs and breaks. Vocally Christian Krank reminds me of Colin H van Eekhout from Amenra so expect cathartic and painful screams. The demise of and old band and starting something new can give pressure however the four Germans know how to deal with it because ‘Cvlt’ is directly outstanding.