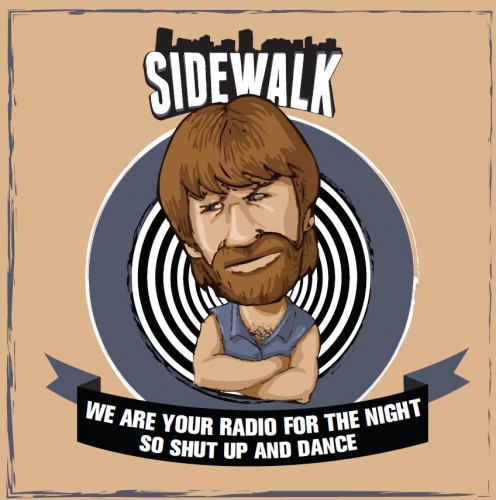 Working some place where you co-workers are in charge of the radio? Chances are you’re listening to Katie Melua, Maroon 5 and stuff like that because it’s supposed to brighten up your day at work? Dutch punkband Sidewalk wrote a pretty good song about it ‘On My Radio’:

If you like the tune above, you’ll enoy the rest of We Are Your Radio For The Night So Shut Up And Dance as well. In total there are seven songs of punkrock in the vain of Screeching Weasel and other nineties punk bands that weren’t really part of the skate punk scene.

The band also honors the great Chuck Norris with a song and the good looking artwork. Which probably says a lot about Sidewalk. They’re the kind of punk band without pretentions. They don’t need to rule or change the world as long as they can take over you radio for the night. And with tunes like this, I don’t think anyone can complain about that.