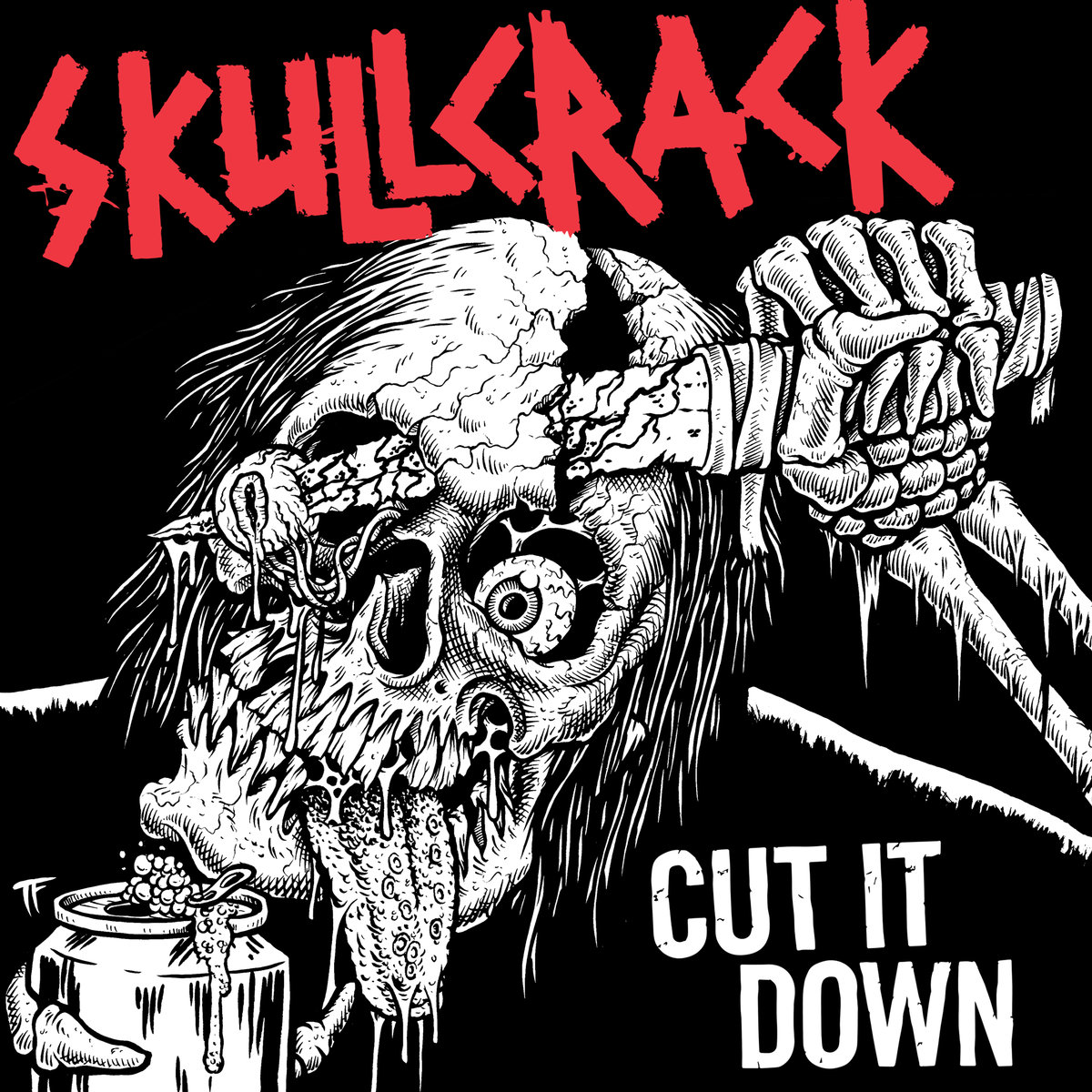 Skullcrack is a crossover band from California. With Cut it down they release their first EP. On this EP Skullcrack is playing by the rules. All songs are fast, short and energetic. Just check out opening song Running out. Despite being just over one minute long it has fast thrashy riffs, screaming solo’s and is sort of catchy. The second song continues in the same vein.

After listening to the EP a couple of times I’m not convinced yet. It took me a while to figure out why, but I think I can explain now. In the third song, Parasite, Skullcrack ditches the sound they aimed for in the first two songs and shamelessly play a song that could be a Gamma Bomb leftover. That sound is coming back in a couple of tracks, but later on the EP there’s also a couple of songs that have more akin with hardcore than with crossover. These songs are the weaker brothers on the EP.

To me it sounds like the EP is recorded a bit too early. Perhaps the band could have taken more time to focus on the direction they’re heading instead of recording all songs they’ve got available. This makes Cut it down sound a bit messy and directionless. Which is a shame, ’cause with the sound they’ve got on the better tracks on this EP Cut it down could have been a winner.

This is for dedicated crossover fans only. I hear enough potential, but this EP is a bit too much all over the place. With more focus, I expect this band can deliver!