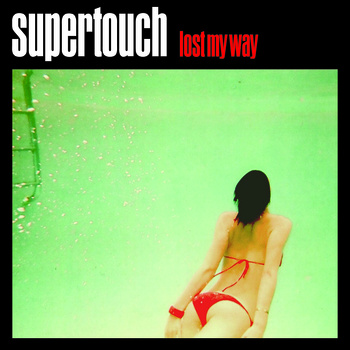 There were a lot of reunions the last couple of years. Not all of them were successful. Even less brought us new recordings. I’m not going to judge, some of them were great. But let’s cut to the chase, what does the recent Supertouch reunion bring to the table?

At the very least they’re giving us new recordings. They took songs from the period they recorded “Better” (maybe my favorite Supertouch song) and gave them a proper recording. The results are without a doubt the best sounding Supertouch songs ever.

But are they any good? Yes. Holy shit, YES. The minute I heard these songs they blew me away. This rocks, it grooves and it just sounds so damn good. It’s Supertouch like you want to hear them. Or at least how I want to hear them. Songs like “Just These Days” (originally a demo by a Supertouch side-project) or “Get On, Get On” are up there with “Searching For The Light” and “Better” if you ask me. The other two fit right in. “Lost My Way” for example, I know this is going to sound corny but when I heard them soundcheck in Nuremberg I didn’t know what to expect yet… But hearing them play that song gave me goosebumps.

All in all, this is going into my yearlist without a doubt. I don’t see any release topping this anytime soon to be honest. They said there was more where this came from and that they wanted to release another 7″ this year. There was also talk about coming back to Europe. Let’s hope they do just that. I’ll be there.

If you want to hear how it sounds, you can listen to the entire EP on their bandcamp page.