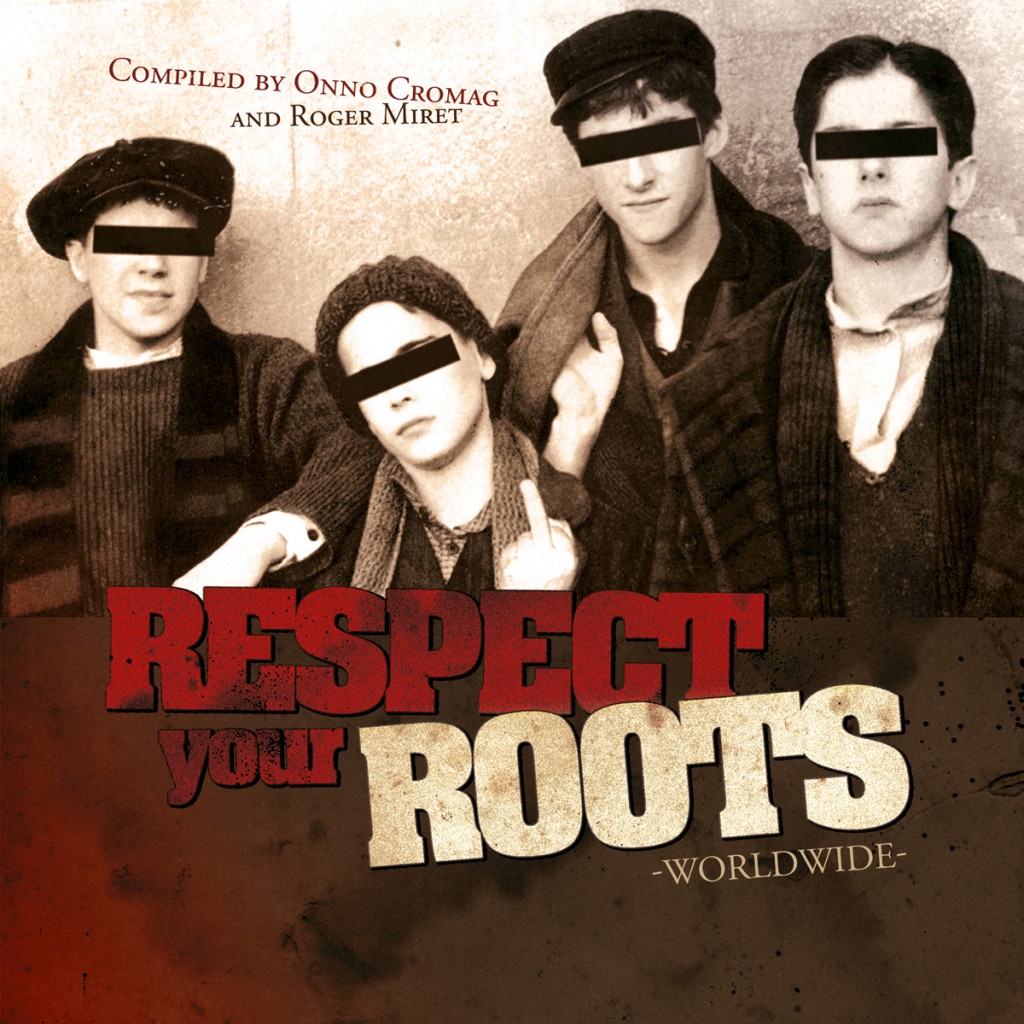 What do you do when two reviewers (without knowing it from each other) review the same record? You just copy & paste their reviews into one review, add the two scores together and divide it by two to get the new score, type this silly intro and that’s about it. Sometime’s life pretty simple…

One could argue if there’s room for another compilation of bands covering classic songs of The Clash and Negative Approach. But I have to admit there is something about this compilation that makes it a very nice addition to what is already out there.

As with any compilation there are some tracks I could do without. Especially Freddy Madball’s version of ‘London Calling’ is something my life could have done without. Yet there are also some really good tracks like Peter Pan Speedrocks’ version of ‘New Rose’, Hudson Falcon’s ‘A Town Called Malice’ and Terror doing their version of ‘Last Warning’.

The Swedes of Misconduct made a video of their cover of ‘Don’t Drag Me Down’:

Is Respect Your Roots: Worldwide a must have record? No, but it’s a great compilation to play in your car heading to a show or to listen to on you iPod when travelling. It has enough variation and only a few very weak tracks.

A few months back I found my copy of “Respect your roots” on I Scream Records. It was a fun CD with some great versions of some great songs. Now there is a worldwide version. And the verdict? More than excellent.

Now I could go into great lengths about every band and sure there are some versions that could have been better. But hey, once a critic always a critic. The bottom line is that I somehow feel that you could give this CD to anyone that loves hardcore. There is something for everyone on this record, although some sub genres aren’t featured, and the quality of the songs is amazing. Even the songs that sound awkward at first do have a certain spark and creativity that is admirable.

But! There is one more reason why I love this album. You can give it to someone that doesn’t know a single thing about the genre and they will get a pretty good idea about what it all stands for. And that is the main reason why you should get yourself a copy. Go forth and show the world that hardcore lives again and that there is no reason to look back and whine that things were far better in the past. They really weren’t, only you got fat and your blood rushes a tad slower so getting enthusiastic is a bit harder than before.