Every respectable site out there comes up with some end of the year lists these days. (Did you see what we did there, we’re putting us next to “respectable” sites. The arrogance!) And although we like to do things differently now and then, this is a tradition we do like to keep. Even if it feels like we just started.

Before we dive into the lists made by the SWNK team, we would like to thank you, our readers, for your time the past months. While we’re not even around for a year yet, more like half a year (not counting the zine and blog before that), we do appreciate the support. More than 400 people registered, an average of +- 400 unique visitors a day, more than 2000 posts in the forums, almost 500 comments. It’s peanuts in comparison to the big sites, but we’re glad with every visit, every comment and every post. All the feedback we’ve gotten, be it good or bad, made us think and hopefully made us better. And when we finish V3 (if I was a bit less busy with my own company it would have been online already) we hope to raise the bar a little more.

And now, ladies and gentleman, the moment you’ve all been waiting for… It’s time for the official lists by (most of) our team… *drumroll*

Who are we kidding haha. Most of you are probably only reading it to see if their own band / releases are mentioned hehe. Anyway, let’s hope you can look back at a great year. Enjoy yourself tonight and be safe. Onwards to 2012, let’s make it even better than 2011!

I think it’s safe to say that Rold is the biggest contributor to SWNK. There from the start and I suspect him of never sleeping. Or he writes reviews in his sleep…

Best song:
Against Me! – Russian Spies

Best books:
Too many to mention.

The good:
1. My wife and children
2. SWNK taking off
3. Roadtrips with Reflections

The bad:
The economic crisis taking all media coverage while there’s an environmental problem going on as well.

After Rold, Maurice is publishing the most reviews since he joined the team. We like to feed him all the crazy & strange music we’re getting. He might actually like it.

1. Liturgy – Aesthetica
2. Wolves in the Throne Room – Celestial Lineage
3. The Devil’s Blood – The Thousandfold Epicentre
4. Mogwai – Hardcore Will Never Die, But You Will
5. Mamiffer – Mare Decendrii
6. Altar of Plagues – Mammal
7. Oathbreaker – Maelstrom
8. Ulver – Wars on the Roses
9. True Widows – As High As The Highest Heavens And From The Centre To The Circumference Of The Earth
10. Pulling Teeth – Funerary
11. Junius – Reports from the Threshold of Death
12. Weekend Nachos – Worthless
13. Tombs – Path of Totality
14. All Pigs Must Die – God is War
15. Zombi – Escape Velocity

The good…
1) The good records and shows
2) The trips I’ve made this year
3) New work at the same company
4. My health

The bad…
1) Breaking up with someone special after a three year relationship.

Our mainman from France. You all know the Just Say Yo! zines right? If not, you should REALLY find them. Great reads and we’re glad Nab brings that quality to SWNK too.

Our journalist. Aside from pretending he knows about football (PSV? Come on haha), he throws reviews (or an interview) our way whenever he has the time.

Best releases (in no particular order and I will probably forget some)
1. The Devil’s Blood – The Thousandfold Epicentre
2. True Widows – As High As The Highest Heavens And From The Centre To The Circumference Of The Earth
3. The Pains Of Being Pure At Heart – Belong
4. The Black Keys – El Camino
5. J. Mascis – Several Shades of Why
6. Ringo Deathstarr – Colour Trip
7. The Men – Leave Home
8. Fucked Up – David Comes To Life
9. Rival Schools – Pedals
10. Bon Iver – Bon Iver

Best movie
Drive
We Need To Talk About Kevin

Best books
Too many to mention

The bad…
1. So much to do, so little time
2. Moving three times in a year is a bitch

Mike from Deal With It joined us recently and delivered a great first column defending e-chug. For 2012 he promised to review metalcore. Let’s hope he’ll (and the bands he’s reviewing) survive that.

Best song
Robyn – Dancing on my Own (this was last year, fight me)

Best shows
Deal With It – Kankerdam

Best movie
Drive or Tyrannosaur. Both will kick the shit out of your stupid eyes.

Best game
Skyrim until it crashed at around level 25. RIP.

The bad…
London and all it ent(r)ails

Callum, our man from the UK. Aside from reviewing he also does an interview now and then. Isn’t that wonderful? Yes it is.

Top Releases
Pulling Teeth – Funerary
Minus – Have/Have Not
Brutality Will Prevail – Sleep Paralysis
Daylight – Dispirit
Most Precious Blood – Do Not Resuscitate (did that even come out this year?)
Oathbreaker – Maelstrom
Title Fight – Shed

Best show
My own Amen Ra show in Leeds in May. It was stressful organising the thing, but Amen Ra were absolutely mind blowing, nice people too.

Best demotape
Minus Have/Have Not

Best movie
Drive (Ryan Gosling may be enough to make even the most heterosexual man question his allegiance).

Best zines/books
Back On The Bins straight edge zine, A Short Fanzine About Rocking. I’ve also been indulging my nerdy side a lot over the last 12 months as I’ve been steadily working through the Black Library Warhammer 40,000 novels. I haven’t played the game in many years, but the associated cannon is still fascinating. I’m currently reading ‘The Hunt for Voldurus’, it rules.

The good
I’ve definitely grown up and matured a lot in the last 12 months, which is definitely a plus. As Friends Rust got back together and I made some new friends.

The bad
Spent a large amount of this year feeling isolated and trapped due to circumstances beyond my control. I guess that’s responsible for all the maturing I did though, and hopefully I’m starting to get past it now.

Ever read Value Of Strength? I sure did and I’m glad JP’s on board with SWNK.

Best shows
– Seeing Gorilla Biscuits once again at the BnB bowl in NYC
– The Mission at De Melkweg, Amsterdam during their 25th anniversary tour

Life was good the past year. Travelled a lot: twice to the USA, to Iceland and Austria. Was best man at a friends wedding. Got new ink when I was out in New York. Work was very busy in 2011. From time to time I wish a day was 36 instead of 24 hours. Unfortunately had to turn down very cool projects. Hopefully 2012 will be at least as good as this year, but I wouldn’t mind if it was less busy 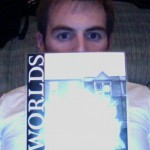 We’re from all over the world. Scott (not Michael Scott), for instance, comes from the USA. And he’s hooking you up with reviews and interviews.

Best Records of 2011(in no particular order):
Give – I am Love
Incendiary/Unrestrained Split 7″
I am the avalanche – Avalanche United
Rival Schools – Pedals
Touche Amore – Parting the Seas Between Brightness and Me
Make Do and Mend – End Measured Mile
108 – 18:61
Mother of Mercy – IV Symptoms of Existence
Foundation – When the Smoke Clears
All Pigs Must Die – God is War
Nightbirds – The Other Side of Darkness

Honorable Mention:
– The Decendents – Roseland Ballroom NYC – To have the Decendents as “honorable mention” really puts into perspective how many great shows there were in 2011.
– The Wrongside – November – Broadstreet Ministry Philadelphia PA

Things I’m Looking forward to in 2012:
New Cold World Record
New music from Devotion
New Wrong Answer 7″
Any Incendiary set or record I can listen to in 2012

Edwin is the latest addition to the team. You haven’t seen anything by him yet, but you might know him from his writings for Stuck In The Past and his own blog. If we’re talking 90’s hardcore, he’s your go-to-guy.

Releases in no particular order, demo’s, full-lengths, 7″s, all mixed up:
Vice – Get Down, Stay Down demo
Abolition LP
Thornz – demo
Accept The Change – Escapism Is A Dying Art LP
Foundation – When The Smoke Clears LP
Wolf Down 7″
Goldust – Soir tape
Soul Control – Get Out Now 7″
Oathbreaker – Maelstrom LP
State Of Mind – Knowledge Of Self 12″

I’m the one trying to keep it all together. Annoying the team to get content on the site and stuff like that. Designing and developing the site. The SWNK fuhrer.

Best shows
Aside from the shows we played ourselves (in the beginning of the year), I haven’t been to that many shows. Maybe we can pick that up in 2012 again. 2 things came to mind right away though:

– The shows we did with Supertouch in January. Love that band and they turned out to be some of the nicest people we ever met.
– The tour we did with Upright in March and April. Probably the most relaxed tour we ever did. Good times all around, great places and we love Upright. You all should check out that band.

Best movie/DVD
Nirvana – Live At the Paramount. Most amazing Nirvana footage I’ve ever seen. And I’ve seen quite a bit 😉

Best zines/books
– Steve Jobs biography. Probably not the best biography ever, but I enjoyed reading it a lot. Just an interesting (and in some ways inspiring) life story.
– Law & Order zines. Massive props to them putting out those bibles every time.

The good… (also known as AJAX)
+ Starting my own company. The best decision I’ve ever made so far. Can’t wait to start in my new officespace next year. Need a website? Get in touch!
+ SWNK’s new start, not bad at all.
+ Writing a new ROCK record with S&D that we’ll record ourselves early next year. Took (and will take) us a while, but so far I love it. We’ll probably be alone in that too, but who cares.
+ And maybe most importantly: The good health of everyone close to me.

The bad… (Dynamo Zagreb, the linesman, FIFA and the KNVB)

– People still seem to turn into bigger idiots every day.
– Not exactly the best year for Ajax haha. Damn.
– Time. I need more of it.